Today it's 25 years since Soviet troops withdrew from Afghanistan after 9 years of presence. Soviet forces intervened at the request of the Afghan government, in order to defeat the growing resistance from the Afghan Mujahideen.

800 000 to 1 500 000 of the civilian population was killed in the Afghan-Soviet war, about 3 million Afghans were wounded, estimated two million Afghan civilians were internally displaced and five million became refugees outside Afghanistan.

The Afghan Civil War continues after the Soviet forces' withdrawal from Afghanistan.

Withdrawal of Soviet forces from Afghanistan, but the Afghan Civil War continues 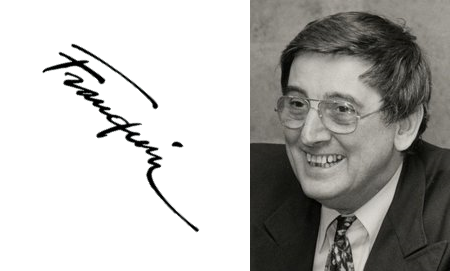 Cartoonist André Franquin was born 90 years ago in Brussels, Belgium.

André Franquin is known for the development of the comic "Spirou a Fantasio" which he took over in 1946 from Jijé (Joseph Gillain). Franquin created "Marsupilami", a fantasy animal who was first seen in 1952 in "Spirou a Fantasio." "Marsupilami" got his own comic albums mid 1980s. In 1957, the comic strip "Gaston Lagaffe" was created and the cartoon is very popular in large parts of Europe. Idées noires (Dark Thoughts) is also a comic strips by André Franquin, this is comic strips with very black humor.