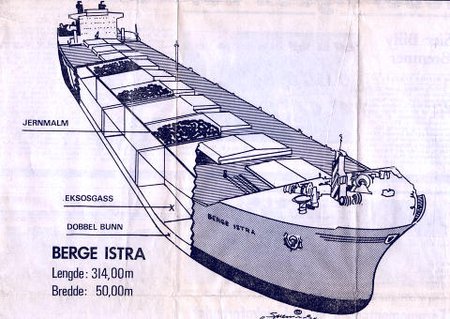 In the last hours of 29 December 1969 there was an explosion on the tanker T/T "Kong Haakon VII" off the coast of Liberia that tore up the middle part of the deck of the ship. The tanker was a VLCC with 222513 DWT owned by the Norwegian shipping company A/S Julian (Hilmar Reksten).

The explosion onboard the T/T "Kong Haakon VII" was the last of three outside West Africa in 17 days. First it was the tanker "Marpessa" that exploded and sank. The tanker "Mactra" got an explosion just hours before T/ T "King Haakon VII". Investigations concluded it was formed static electricity during cleaning the tanks of the vessels, which ignited the gas in the tanks. This led to the introduction of inert gas system to avoid static electricity while cleaning the ship tanks.

Today it's 12 years since singer and songwriter Kirsty MacColl died in an accident 41 years old. Kirsty MacColl was with her partner James Knight and her two sons at a dive vacation in Cozumel, Mexico. Kristy and her sons was diving at a Marine Park where boat traffic with speed boats was not allowed. After a dive Kirsty MacColl saw a speed boat on the way to her son Jamie. She managed to push him down into the water so he only got minor injuries from the boat, but Kirsty MacColl died instantly.

The speed boat's owner was the millionaire Guillermo González Nova, but a employee of González Nova claimed he was driving the boat when the accident happen. The employee was sentenced to 2 years and 10 months in prison for culpable homicide, but could pay a fine of 1034 pesos instead of prison. 1034 pesos is about £75 in 2001. Eye witness have told it's likely that the owner Guillermo González Nova himself drove the boat and some information indicating he paid the employee to take the blame for the accident.

Kirsty MacColl is the songwriter to "They Do not Know" (June 1979) and Tracey Ullman got a big hit with this song in 1983. She is also famous for singing "Fairytale of New York" together with The Pogues. Her father was the folk singer Ewan MacColl, who wrote "Dirty Old Town" in 1949. 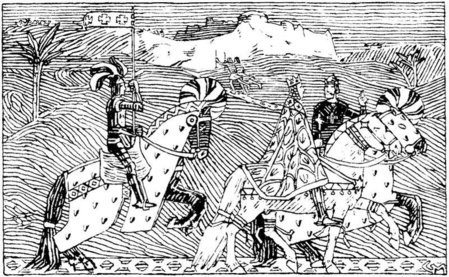 4 December 1991 was bureau chief for the Associated Press in the Middle East Terry A. Anderson released from captivity from the Hezbollah militia in Lebanon. There was a grouping from Hezbollah who abducted Terry Anderson in the streets of Beirut, after he had finished playing tennis. During his time in captivity at the Hezbollah militia Terry Anderson was moved periodically to new areas to avoid being discovered, he was held in captivity together with several other American citizens. Anderson had spent 2454 days (6 years, 8 months, 2 weeks, 4 days) in captivity on his release.

Terry A. Anderson on the frontpage of Time Magazine 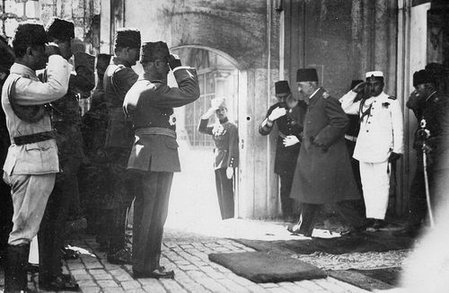 On 23 October 1983 the Multinational Force in Lebanon (MNF) was hit by two suicide bombers. Two trucks filled with explosives exploded at the barracks, killing 299 soldiers from the American and French contingent of the MNF. 6 Lebanese were killed in the attacks, as well as two suicide bombers.

Rescue work at the collapsed 9 floor Drakkar building in Ramlet al Baida area, where the 11e Brigade Parachutists had its headquarters. 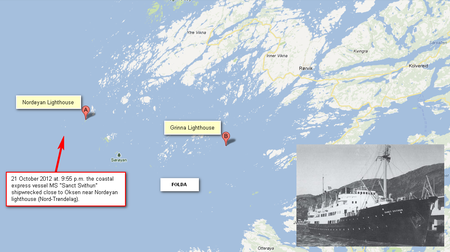 Map over the coastline Folda

Several war crimes was carried out during the Lebanese civil war. 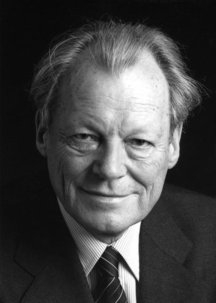 Today it is 70 years since the German occupation forces imposed martial law in Mid Norway (The entire Nord-Trøndelag county and parts of Sør-Trøndelag and Nordland county). This was because of large and repeating sabotage actions from the Norwegian resistance movement.

The martial law lasted for period 6 - 12 October 1942 and in this period, 34 persons was shot in the Falstad Forest (10 random civilians without trial and 24 prisoners) near Levanger in Nord-Trøndelag county.

Falstad prison camp near Levanger, most used for political prisoners 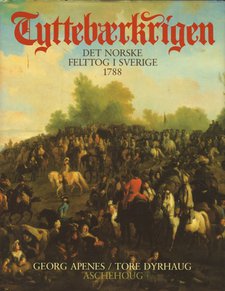 One of the first to report from Sabra and Shatila was NRK's (Norwegian Broadcasting Corporation) Middle East foreign correspondent Odd Karsten Tveit, who had his office in Beirut. 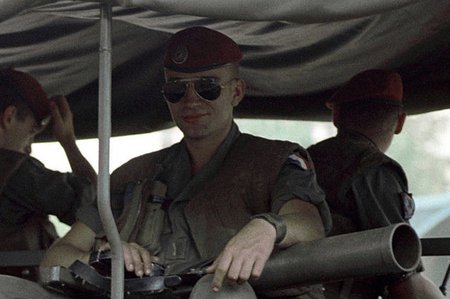 Today is 37 years since MS "Berge Istra" disappeared in the South China Sea near the Philippines where 30 sailors lost their lifes. The ship was an ore-bulk-oil carrier vessel of 227550 DWT owned by the Norwegian shipping company Sig. Bergesen d.y.. MS "Berge Istra" was on her way from Tubarão in Brazil to Japan with iron ore when three violent explosions sank the ship. The last contact with the ship was the same day. The plan was to to arrive in Japan for unloading the ship 5 January 1976, but was not reported missing until 7 January. A major search operation was launched but gave no results and ended 16 January.

The 18 January came the news that a Japanese fishing boat had found two Spanish sailors from "Berge Istra", they had been picked up from a raft. Search operations were resumed without the results of other survivors. The sailors had been in the front part of the ship when three explosions had torn up the ship so it sank in minutes.

A maritime inquiry was held in New York where everyone was required confidentiality, all the years thereafter the company has kept secret what they know about the accident. Her sister ship MS "Berge Vanga" disappeared in November 1979 outside South Africa under similar circumstances.

T/T "Kong Haakon VII" after the explosion off the coast of Liberia.

Shane MacGowan was born 55 years ago in Pembury, Kent county in England of Irish parents. As a 18-year-old, he started the punk rock magazine "Bondage" in London. Arond the same time (1976) he started the punk rock band "The Nipple Erectors" which later was renamed "The Nips". In 1982 he started the band "The Pogues" which is based on celtic punk, the band was built on the remains of "The Nips". His best song he has written is probably "Fairytale of New York", which he wrote between 1985 and 1987. It is made "immortal" with The Pogues together with Kirsty MacColl. Another melody of MacGowan which is very known is "Rainy Night In Soho" from 1991.

The 5 December 1110 (902 years ago) Sidon was conquered after 47 days of siege, since 1098 Sidon was held by the Fatimid Caliphate. In the summer of 1110 arrived 20 year old King Sigurd I of Norway (Sigurd Jorsalfare) with a fleet of 60 ships and between 5000 and 6000 men, where he was received by Baldwin I of Jerusalem. Together they began the siege of Sidon in October 1110, King Baldwin of Jerusalem from the land and King Sigurd I of Norway from the sea. A siege from the sea was necessary to block help and supplies from the Fatimid Caliphate fleet in the city of Tyre 36 km further south. It was when a Venetian fleet arrived they managed to dispel the Fatimid Caliphate attempt to break the blockade.

As a result of the Crusaders takeover, the Lordship of Sidon was created and placed under the Kingdom of Jerusalem.

Sidon was retaken by the Muslim Ajjubide Dynasty in 1187, but ten years later in 1197 the city came back under the Crusaders. In 1260 the Count of Sidon Julien Grenier sold the county to the Knights Templar. The same year the Egyptian Mamluks displaced the Knights Templar and conquered city of Sidon.

King Sigurd I of Norway and King Baldwin of Jerusalem ride to the river Jordan. 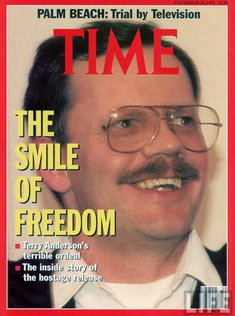 Ottoman Empire expanded for 380 years and conquered territories in Europe, the Levant and land up to the Caspian Sea. Also Egypt and parts of North Africa up to Algeria was conquered.

Sultan Mehmed VI left the Constantinople 17. November 1922, after he was banished into exile in San Remo, Italy. This was the end of the Ottoman Empire and its 36 sultans over time. 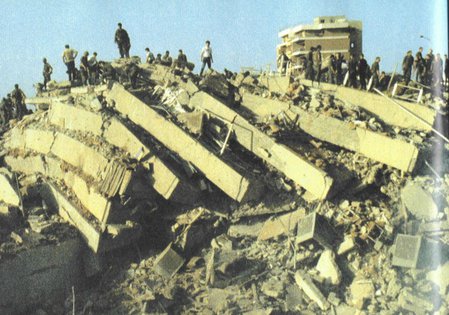 Today 21 October 2012 at. 9:55 p.m. it is 50 years since the coastal express vessel MS "Sanct Svithun" shipwrecked close to Oksen near Nordøyan lighthouse (Nord-Trøndelag). This was and is one of the biggest ship disasters on the Norwegian coast in peacetime.

At 9:58 p.m. Rørvik coastal radio received a "Mayday" from "Sanct Svithun" that the ship had run aground and was about to sink close to Grinna lighthouse. This catastrophic failure in the emergency message was committed because of an misnavigation 2 hours in advance.

At the loss of the coastal express vessel MS "Sanct Svithun" 48 persons were found alive and 41 persons died.

The notorious stretch of coastline MS «Sanct Svithun» shipwrecked is called Folda, it's one of the most dangerous and difficult waters along the Norwegian coast. It's also called "the ocean graveyard" because of its many shipwrecks. 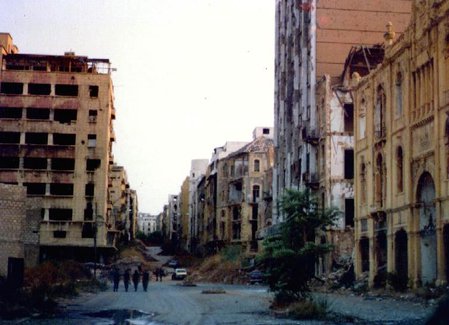 Willy Brandt (born: Herbert Ernst Karl Frahm), Germany's chancellor in the period from 1969 to 1974 died 20 years ago on this day.

His connection to Norway Willy Brandt maintained with visit to Norway and also linguistically. In 1971 he received the Nobel Peace Prize for his work for the reconciliation between the Eastern Bloc and West-Germany.

As low as 8 died from fighting, but it's estimated 1500, perhaps up to 3000 men died of diseases spreading like epidemics. This was because of poor uniforms / equipment in the autumn rain, also poor access to nutrition and poor sanitation. 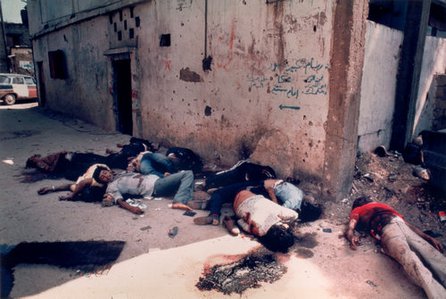 It's 30 years since the initial deployment of the Multinational Force in Lebanon (MNF) started and supervised the evacuation of the PLO from Lebanon. The strength consisted with troops from France, Italy, USA and UK.