In the period of 1113-1115 the Crusader Cathedral of St. John was built in Beirut. Beirut was at the time a city in the Kingdom of Jerusalem (1099-1291). After the Mamluks in 1291 conquered the remaining parts of the Kingdom of Jerusalem, the Crusader Cathedral of St. John was turned into a mosque. The mosque was named after Umar ibn Al-Khattab, who was the second Caliph of Rashidun Caliphate.

It's likely the area was used for religious practice earlier. First pagan temple, then a church was build and after the Muslim army in the Rashidun Caliphate conquered Beirut in 635, it was built a mosque on the site. After the Crusaders conquest of Beirut, this mosque was destroyed when building of the Crusader Cathedral of St. John was done.

The Romanesque architecture / style has survived in Al Omari Mosque, as well we have the decoration from the periods of Mamluk and Ottoman rule. Like so many other buildings were the Al Omari Mosque significantly damaged during the Lebanese civil war (1975-1990). The mosque underwent a renovation in 2004 as part of the reconstruction of the B.C.D. 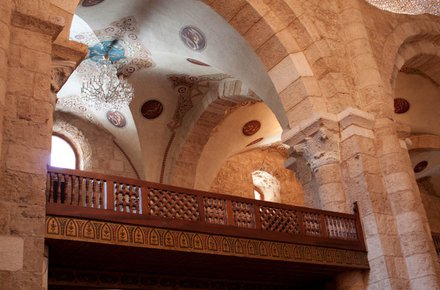 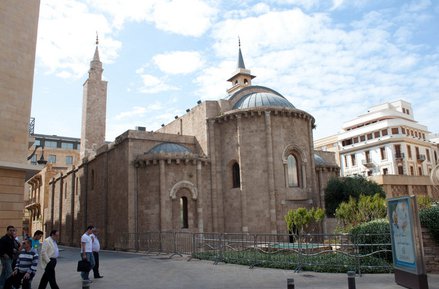 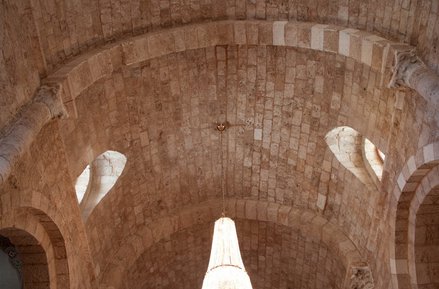